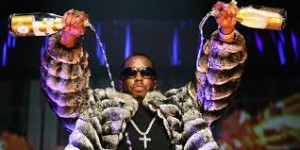 I finished emceeing a gig in Nashville and headed straight for the airport. A massive storm, causing flash flood conditions, moved in turning the sky apocalyptically gray, leaving soft motorists pulled over with blinking hazards, as the brave blindly trucked on. I pulled up to the terminal and traded driving duties with a coworker who […]