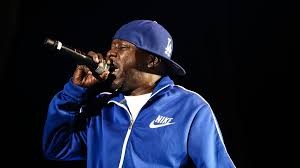 Phife Dawg (Malik Taylor) of A Tribe Called Quest passed away this week. It is a huge loss for the hip hop culture and music in general. Tribe was my favorite. Q-Tip and Phife were my ultimate dream team. The two emcees complemented each other perfectly, yet I was always proud of Phife when he was given the chance to shine on his own on certain tracks. I learned a lot from Phife as a professional. He was known as the five foot assassin and that’s how he approached his work. He would arrive to the studio or show, open his microphone case, connect to the equipment, and methodically dismantle detractors with his lyrical arsenal – he was a hired gun. Never did he involve himself in gimmicks or any sort of style that could be considered wack.  He was widely respected among his peers and back-packers alike, providing an added dimension to a group that was already artistically eclectic.

But what always stuck with me was Phife’s relationship with his microphone. He talked about writing rhymes, being judged by critics, his freestyle prowess, all while involving his closest ally – the mic.

“The mic is in effect so you know I’m never stallin’, Walking through the door and all them suckers started haulin’, Talk a lot of trash but no one can seem to beat it, Pull out your microphone and watch the Phifer make you eat it.”

Phife talked of the microphone as if it was an honor to even use it. Just plugging it in was a blessing. In the above rhyme Phife lets you know that we’re under the jurisdiction of the microphone and that substandard emcees will suffer the consequences by law. The mic being the supreme decider – the moral authority of hip hop. Phife often addressed the microphone like a longtime co-worker, a confidant, a consigliere. There wasn’t another emcee with such high regard for the function and code of the mic. The respect that Phife displayed was obvious, natural, and noble. Phife taught me that the mic, above all, should be respected and maintained with high standards. That means both the physical upkeep of it and most importantly, the sounds that actually come through it. Like a Michelin-star chef expediting food at the pass with a close eye for detail in the pursuit of perfection, the mic has the last say of what’s being served. Although it is a tool, the microphone shares an extremely intimate relationship with the mic holder. Only when they work together in a symbiotic flow, do they both achieve optimal purpose.

Because of Phife, I always handle my mics with care. When I’m doing shows at our theaters in Vegas or Hollywood, I always use the same one. I keep it separate from the others so there’s no confusion. I never let anyone grab it. The honor of holding it cannot be freely dispensed to strangers. After a show, I hand it directly to my sound guy like I’m waiting in the car, watching it walk through the front door safely before I drive away. Respect. Just like a fine European automobile, if you take care of it, it will take care of you. Phife taught me to pay attention to the sound quality at live performances. He taught me to be nice to the sound guys and be respectful of their equipment. He taught me that whether you’re doing a room of thirty five people or thirty-five-hundred, the mic is going to be there with you no matter what. Phife taught me that whether it’s a Shure or a Sennheiser, it’s up to you to work with the person controlling the boards to make it sound right. Phife taught me to cringe when someone drops the mic in an effort to be funny. Phife taught me that your microphone is your companion and the governing body of your work. It allows you to live out your dreams performing and spreading happiness to others. It is the thing that makes those paychecks appear in your mailbox. Your mic allows you to live. So thank you for that Phife. And as you leave us, we’ll remember your most telling line about the relationship with your microphone:

“All through the years, my mic has been my best friend” – Phife Dawg

We love you Phife.